The Sweets & Snacks Expo is full of new products, insights and connections. We are excited to host you in Chicago. Here you will find all the resources you need for a well-rounded story for the 2022 show. Any questions? Please reach out to Lauren O’Toole Boland or visit the media room located in room W471B.

Nothing helps to tell the story of the 2022 Sweets & Snacks Expo better than effective imagery. Click here to find b-roll footage and photos ready to use for your broadcast and print pieces – and check back frequently, as we’ll be updating this throughout the show.

Sweets & Snacks Expo By The Numbers:

See a breakdown of attendance on our Who is Attending page.

Did you know the Sweets & Snacks Expo is celebrating its 25th anniversary?

Are you looking for the latest news on the exhibitors at the 2021 Sweets & Snacks Expo? Check out the exhibitor press releases that are updated in real time as the show progresses. For more information, visit Show News.

Keep the fun going after the 2022 Sweets & Snacks Expo by celebrating National Candy Month in June! Check out NationalCandyMonth.com for more information and resources.

Thank you to our sponsors! 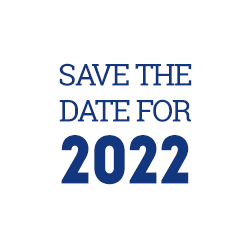