A version of this article originally appeared in Candy & Snack TODAY.

In the United States, chocolate had a solid 2020 with sales gains accelerating further in 2021. One of the contributors to growth has been sugarfree chocolate, which seems to be uniquely positioned to continue to grow in the U.S. market. While only about 1.4 percent of total U.S. chocolate sales, the U.S. sugarfree sector managed 27.4 percent growth in dollars and 19 percent in pounds, according to data from Information Resources, Inc. (IRI).

The success in sugarfree chocolate is not a pandemic-only phenomenon, reports Anne-Marie Roerink, founder of 210 Analytics, LLC, but rather a multi-year area of growth. Gains in the U.S. have been in the double digits since 2018.

Sugarfree is an area of growth for U.S. non-chocolate in terms of dollars, but U.S. unit sales experienced some pressure during the latest 52 weeks. The sector represents 1 percent of total U.S. non-chocolate sales in the multi-outlet channels, according to IRI. Growth is far below average, at 0.8 percent in the past year.

The drug channel in the United States has an above-average share of sugarfree as a percentage of total U.S. non-chocolate sales, at 2.7 percent. U.S. sales of sugarfree non-chocolate represent less than 0.1 percent in the convenience store channel. Overall results are mixed, with the American grocery channel experiencing sales increases of 1.7 percent. Meanwhile, U.S. sales declined in drug and convenience stores during the most recent 52 weeks.

The longer five-year look shows that sugarfree non-chocolate sales have hovered around $90 million to $100 million in the U.S. market for some time. Slight year-on-year dollar increases alternate with slight decreases, with dollar increases tending to coincide with price increases.

U.S. retailers and manufacturers are facing a sea change of shopper behavior, presenting a new wave of opportunity for growth and introducing new players to the confectionery space. E-commerce was already expanding before the pandemic, but delivery and store pick-up exploded as Americans limited their contact outside the home.

Today, the line between digital and physical shopping experiences is disappearing in the United States, and omnichannel commerce, once thought to be the future of shopping, is here. If companies want to keep up with the changing behaviors of American consumers, the metrics and best practices from yesterday’s e-commerce strategies must now be foundational for a consumer-driven, omnichannel commerce experience. 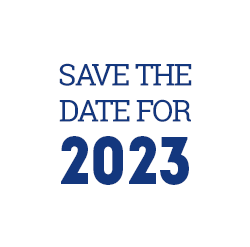 The Sweets & Snacks Expo presents exclusive insights on how to break into the U.S. confectionery and snack markets and expand your presence in the United States. Sign up below to receive insights into the candy and snack categories, retail trends and more.